Gordon: No reason for Cardinals to act like Patriots Live

It's too bad Tony La Russa isn't still managing the Cardinals. His buddy Bill Belichick would have called to commiserate about the brewing HackGate controversy that has triggered a FBI investigation.

Did Cardinals staff members really hack into the Houston Astros database and gain access to proprietary information? That sounds like something the Belichick's New England Patriots would do while trying to seek an edge.

Industrial espionage would be conduct unbecoming America's Model Baseball Franchise. If the FBI finds merit in these allegations, the Cardinals' previously pristine image would be soiled.

You know what that means: Folks will wonder what other transgressions the Cardinals have committed while trying to gain advantages.

No franchise wants to deal with such nonsense. Should the FBI bust Cardinals staffers on this beef, the repercussions could last years.

This is not a place Cardinals owner Bill DeWitt Jr. wants to live. These are not issues general manager John Mozeliak wants to deal with while everything is going so well for his franchise.

There was nothing to gain by hacking the Astros. There was no point in messing with general manager Jeff Luhnow, the former Cardinals staffer who brought some smart people with him when he left St. Louis after the 2011 season to run the Houston franchise.

Sure, Luhnow and Co. have developed some unique analytic models. Luhnow is a smart man who has enlisted some of the best and brightest new-age baseball thinkers.

Sure, Luhnow was in the middle of lots of trade chatter since just about everybody on his team was up for grabs. But GMs usually have a handle on which players are available at any given time.

But it's not like any of these guys reinvented the art of personnel evaluation and development. The Astros lost 106, 107 and 111 games in successive seasons while accumulating prospects and high draft picks.

Now, finally, the Astros are getting some payoff from all of that failure. Good for them, their fans deserve better than 324 losses in three years.

Any idiot can order wholesale tanking and conduct a perpetual fire sale. The much greater challenge is contending season after season after season -- as the Cardinals have done -- while also drafting impact players like Michael Wacha, Kolten Wong, Trevor Rosenthal, Kevin Siegrist, et al.

Now THAT is a knack other franchises would love to have.

So there is no reason for the Cardinals to get caught up in such shenanigans.DeWitt, Mozeliak and the rest of the Cardinals brain trust can only hope this is much ado about nothing.

"The St. Louis Cardinals are aware of the investigation into the security breach of the Houston Astros’ database," the team said in its official statement. "The team has fully cooperated with the investigation and will continue to do so. Given that this is an ongoing federal investigation, it is not appropriate for us to comment further."

In the meantime, here is how the Twitterverse is reacting:

Kevin Clark
@KevinClarkWSJ
Best part about this one is it's easy to make the leap that he's opening his jacket to reveal IT WAS HIM ALL ALONG. http://t.co/30o5YsOslX 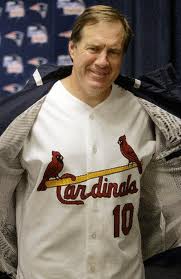 Dan Wolken
@DanWolken
If this is true, I'm sure the Cardinals employed the classiest, hardest working computer hackers around
Jun. 16, 2015

Barry Svrluga
@barrysvrluga
Of the Cardinals alleged hacking into the Astros, one exec just said: "Oh my God. It's so much bigger than Spygate."
Jun. 16, 2015

Steve Rushin
@SteveRushin
The Cardinals will post all the hacked documents on WachaLeaks.
Jun. 16, 2015

D.J. Short
@djshort
The Cardinals hacked into the Phillies network first, but only found a game of Solitaire.
Jun. 16, 2015

Joel Sherman
@Joelsherman1
If you illegally hack the Houston baseball team's computers are you committing the crime of Astro-Surf? #sorry #stlcards
Jun. 16, 2015

EricEricEric
@ComericaEric
Funny how the Cardinals can hack into a rival's database but couldn't manage to get a bullpen phone to work properly.
Jun. 16, 2015

Andrew Joseph
@AndyJ0seph
FBI is investigating the Cardinals for hacking Astros. It could be a Silicon Valley episode. http://t.co/VW3bPyZPa9 http://t.co/gUr7vW4VBl 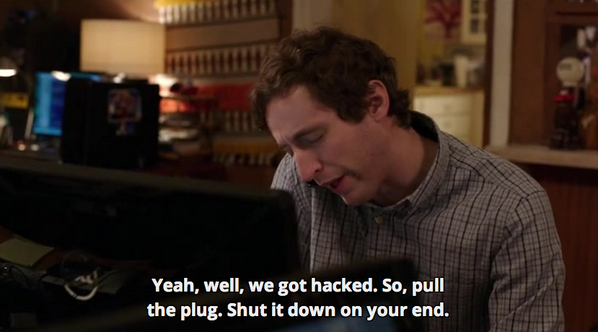