The Boston Bruins feared defenseman Dougie Hamilton would draw an offer sheet as a restricted free agent, so they shipped him to Calgary for a first-round pick and two second-round picks. That seemed like a small price to pay for a cornerstone defenseman, but the Bruins didn't want to pay top dollar to keep him.

So he praised Toffoli for re-upping with the Kings without incident. That gesture allowed the Kings to swing their trade for power forward Milan Lucic, adding size, toughness and skill to its front line.

Does this mean the Blues should worry about winger Vladimir Tarasenko drawing a crazy offer from a team with salary cap space?

If Blues general manager Doug Armstrong is concerned about this, he isn't showing. He insisted all the trade talks he had Friday were for "hockey trades" and not to create salary cap space for Tarasenko and add future assets.

He had forward T.J. Oshie in play, most notably with the Penguins. But nothing got done on that front Friday.

The trade talks will continue today, when the Blues do not pick until 56th overall. Things are happening down in South Florida.

Here is a running update:

Jeremy Rutherford
@jprutherford
On trade front, there have been talks between Blues/Pitt. Have to wonder if Pens are holding out for Kessel, delaying possible deal w/Blues.
Jun. 27, 2015

Stephen Whyno
@SWhyno
#Pens are buzzing and have been for some time. Jim Rutherford could be setting up a tee time but I doubt it.
Jun. 27, 2015

Jeremy Rutherford
@jprutherford
With the No. 56 pick, the #stlblues select Vince Dunn, a defenseman.
Jun. 27, 2015

Darren R Pang
@Panger40
1st round pick that played vs Musil sent me this report: "Heavy on puck, good hands, stepped up and fought some tough guys. @StLouisBlues
Jun. 27, 2015

Jeremy Rutherford
@jprutherford
With the 127th pick of the 5th round, the #stlblues take defenseman Niko Mikkola.
Jun. 27, 2015
Niko Mikkola punch
by Ruffy2 via YouTube

Jeremy Rutherford
@jprutherford
With their second pick of the 5th round, No. 146, the #stlblues select goaltender Luke Opilka.
Jun. 27, 2015

St. Louis Blues
@StLouisBlues
Opilka on getting picked by Blues: “Right before they called, my buddy called and said ‘I think this is it.’ Sure enough, they picked me."
Jun. 27, 2015

Jeremy Rutherford
@jprutherford
With the 176th pick in the 6th round, the #stlblues select left winger Liam Dunda from Owen Sound of the Ontario Hockey League.
Jun. 27, 2015

Eric Stephens
@icemancometh
Cam Talbot is off to Edmonton. And the Ducks have Freddie Andersen, John Gibson and Anton Khudobin. For now.
Jun. 27, 2015

Greg Wyshynski
@wyshynski
Also, it sounds like the No. 1 traded for Lehner from Buffalo didn't set the market. GMs saw it as a specific deal b/w two GMs with history
Jun. 27, 2015

Larry Brooks
@NYP_Brooksie
As written earlier in week, Hagelin eligible to become UFA next year, would have commanded at least $4.25M to lock up...
Jun. 27, 2015

Pierre LeBrun
@Real_ESPNLeBrun
The Ducks will get goalie Anton Khubodin from the Carolina Hurricanes in a trade today.... not clear yet what goes the other way
Jun. 27, 2015

Pierre LeBrun
@Real_ESPNLeBrun
Nill says Lehtonen and Niemi will share the crease, wants them to push each other, wants a solid, veteran 1-2 punch in goal
Jun. 27, 2015

Pierre LeBrun
@Real_ESPNLeBrun
Nill says they've got the cap room to fit both salaries and wants that kind of depth in goal
Jun. 27, 2015 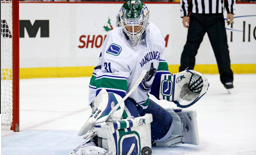 Pierre LeBrun
@Real_ESPNLeBrun
In return for Lack, the Canucks get a third-round pick this year and a seventh-round pick next year
Retweeted by TSNBobMcKenzie
Jun. 27, 2015

Dan Rosen
@drosennhl
Trevor Linden talked about difficult it was to trade Lack and he knows Canucks fans might not be happy, but org felt it was best move.
Jun. 27, 2015

Dan Rosen
@drosennhl
Linden said they were getting far more interest in Lack over Markstrom. That determined who moved. He feels Markstrom is developing well.
Jun. 27, 2015 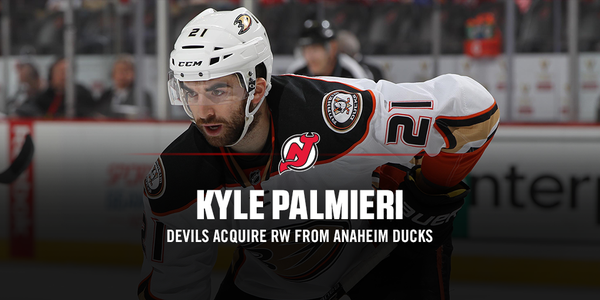